The Best Gaming Keyboards of 2022 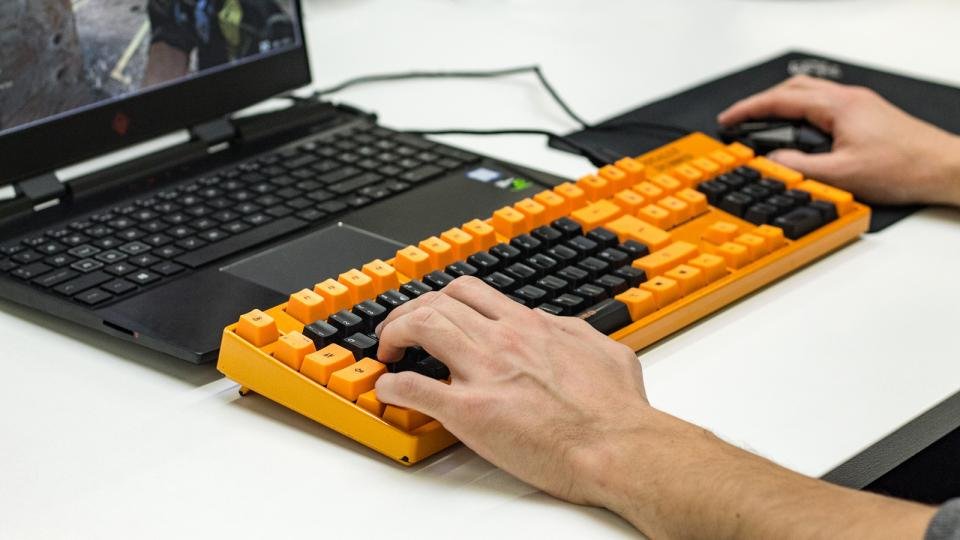 The Best Gaming Keyboards of 2022

THERE IS SO MUCH CHOICE WHEN IT COMES TO KEYBOARDS

The keyboard, like the mouse is one of the most important pieces of kit for a gamer, and is something that will vary wildly amongst pro gamers. Many gaming keyboards have specific features, such as mechanical switches, macro keys, programmable set-ups and flashy colours.

WHAT TO KEEP IN MIND?

When looking at different keyboards, there are a few things that are important to keep in mind. You should also prioritise some features over others, as many keyboards will have advantages over others, and the more features, the more expensive the keyboard is likely to be. A keyboard can use  mechanical or membrane technology , the difference between the two being in the literal presses and electric connections made by pressing a key. This explained in more detail here. Lots of gaming keyboards have anti ghosting technology, which stops an otherwise common issue that arises when multiple keys are pressed together or in quick succession, as is common in video games, causing false, wrong or too key presses to register. Anti-ghosting stops this from happening and does not register these “ghost” key presses.

Key roll-over is another important metric, which tells you how many keys you can press at once and have the keyboard register each press as unique. The amount of keys available depends upon the connection you are using to connect your keyboard. PS2 connections have unlimited or N-key roll-over, often referred to as NKRO . USB connections can have up to 10 key roll-over, made up of 6 non-modifier keys (which are base keys; W, A, S, D etc) and 4 modifier keys (which are keys like Shift, Ctrl, Alt etc that affect base keys like WASD).

A lot of keyboards have macro buttons, which are buttons that work like regular keyboard keys but sit around the edges of a conventional keyboard layout and offer extra functionality. A macro is usually a set of commands e.g. 1, s, d to build a drone from a hatchery in Starcraft