The Best Setup for FPS Gaming 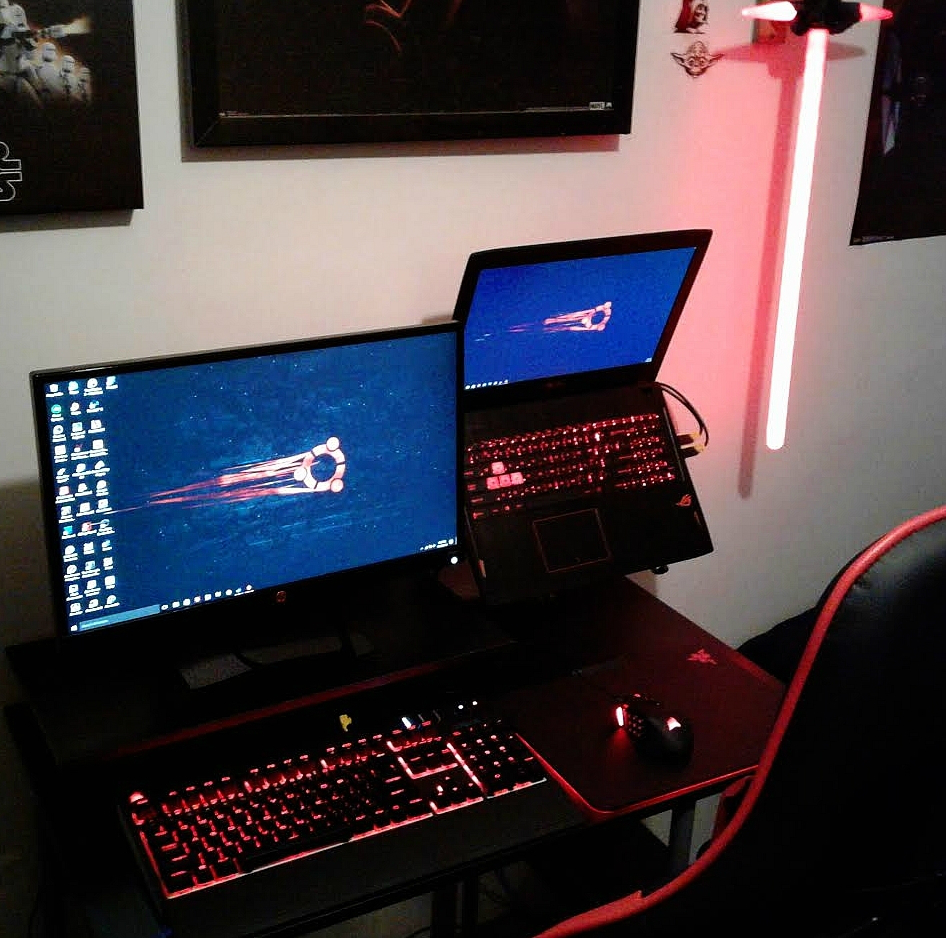 The Best Setup for FPS Gaming

FPS REQUIRES A PERFECT MIX OF SPEED AND PRECISION

First Person Shooters have always been at the top of competitive gaming. From Team Fortress and Battlefield to Counter Strike and Halo, competitive FPS games have created some of the most well known and most successful pro gamers and active scenes in all of e-sports.

It’s difficult enough to keep up with everything in a game of Counter Strike, react quickly enough in Quake or work with your team well in Team Fortress 2 without being limited by your gaming equipment. An easy way to solve this is to take into account what will help your game out the most when selecting your kit. Which is often harder than it sounds, as for lots of people, they use their mouse, keyboard, headset etc for lots of games and different things outside of gaming. So in the reasoning and advice given here, we tell you what is important to keep in mind if you want to get the gaming peripherals that are going to help you dominate in FPS style games like CSGO, Quake, TF2, Battlefield or Call of Duty. However the gear suggested will always still be suitably comfortable and efficient for typing, browsing the web or playing other genres of games.

In an FPS, the right mouse becomes the most important tool in your arsenal. It’s important to have a mouse that can be quick and responsive, sit at the right DPI and be comfortable to use. It’s initially quite tempting to set mouse DPI quite high when playing a game like Counter Strike, but the real difficulty comes in lowering the FPS down to 800-1000 DPI. You’re not controlling units that need to move across the screen, or clicking abilities quickly on different hot-bars. In a first person shooter you’re usually going to be pointing the gun in the right direction, and you actually need smaller, more accurate movements to accurately hit someone in the head. It’s possible to think that there’s an advantage in high DPI and the ability to pull of quick flick shots, but you’ll get much better and more consistent results with more reserved, controlled movement. In first person shooters, its often better to be using the full width of the mouse pad to do larger, sweeping movements than to rely on smaller flick shots. A very high quality, tangible clicking, fast mouse wheel is also important for FPS gaming for quick but defined scrolling between items.

The keyboard isn’t as important as the mouse for FPS gaming, but there are a few key things that can make your life easier. Having a keyboard with the right sort of keys and an easy layout will make things simpler and faster. Things like macro keys aren’t really essential for your keyboard if you play a lot of first person shooters. For keyboard switches, there is some room for personal preference. Red keys require less force to be fully pressed and will be a bit quicker and easier to tap, riding all the way down to the base with no tactile feedback. Black switches are the same in almost every way, except that they require some more force to press. Blues and browns will also work, browns requiring the same force to actuate as black keys, but they have a very noticeable tactile bump, which also makes them good for tying. Blue switches are the same as brown except that they have a clear, audible click sound when pressed. So that’s:

Red – Less force to press, quick and easy to tap, compress completely with no resistance.

Brown – A tactile bump to define being pressed or not.

Blue – A tactile bump with a clear click sound.

The best headset for gaining the advantage

A headset isn’t ever going to be as important as a keyboard or a mouse, but in a lot of FPS games, hearing where your enemy is can give you a huge advantage. In CSGO for example, being able to hear your opponents footsteps, when they reload, or swap out a weapon is hugely important. It’s not an input method that can aid your gameplay like a good mouse or keyboard, but it’s an important tool for receiving information that will in turn allow you to play better. A quality microphone is also important, else you’ll be hindering your opponents with background noise and unclear communication.

The Zowie FK1 can reach  3200 DPI , which exceeds what is necessary for most FPS games, but covers everything from those who prefer lining up precise headshots to those who want to take their chances with quick flick shots. It will also cover you for other genres like MOBA’s, RTS and MMO’s. It is possible to switch between 400, 800, 1600 and 3200 DPI, 800 or 1600 being perfect for most FPS’s. There are four extra macro buttons , two along each side. This is enough to be useful in some FPS games and for general web browsing etc, but not too many as to be distracting or in the way.

The lift distance on the FK1 runs at around 1.5 – 1.8mm and the response rate is adjustable up to 1000 Hz. This is a simple mouse that has the key requirements without a bunch of lights, buttons and options to just get in your way.

The FK2 is identical to the FK1 in almost every way, the difference being a few small size changes that actually give you a convenient choice. The FK2 is a few millimetres shorter in width, height and length and the weight has dropped from 90 grams to 8