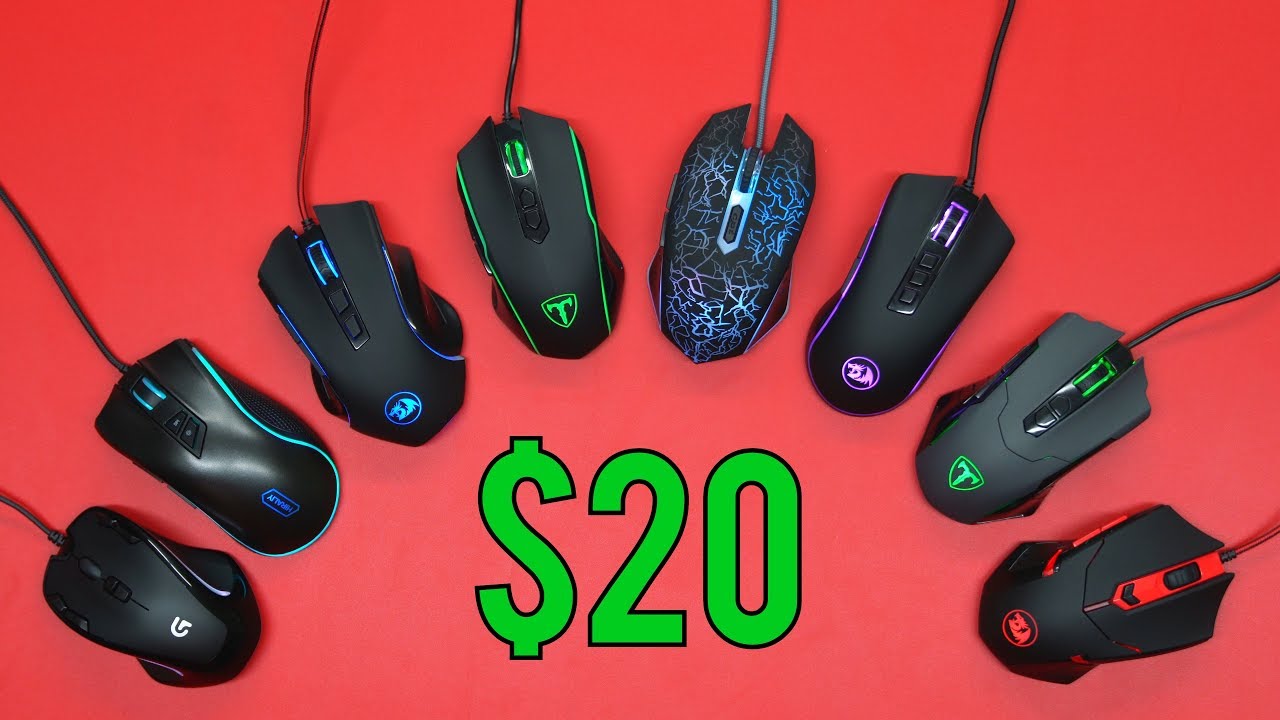 AFFORDABLE MICE THAT WILL STILL HELP YOU TO COMPETE

It’s easy to end up spending a lot of money on a top of the range gaming mouse, and there are a lot of great choices out there. However it is possible to get a functional and accurate mouse without breaking the bank. We’ve compiled our list of tried and tested budget gaming mice that will let you keep up and compete on the highest of levels, but won’t cost a fortune.

There are a few factors that can affect how cheap you can go with a mouse and stay competitive. It’s important to prioritise the factors that are important to you, and that are most necessary in the sorts of games that you play the most. For example, gamers who play mostly MMO’s do not need to pay for the absolute, precise level of accuracy that FPS players need. But all the mice suggested here are vetted to meet certain minimum standards across the board, including accuracy, speed and most importantly when dealing with budget gaming mice; durability.

We’ve picked out the best on the market at the moment, weeding out all the mice that will most likely break, perform slowly and inaccurately or track poorly. This is so that you can pick from our list of the top mice with confidence and find your personal preference.

You’ve probably heard of the Razer Naga MMO gaming mouse. It’s the one with the twelve buttons on the side, designed to give MMO or heavy macro players a lot of options for assigning custom abilities. But the Naga is far from cheap, and there are alternatives out there that will give you similar extended controls, that don’t cost quite so much. The best by far of these alternatives is the Red Dragon M901 Perdition, at half the cost of the Naga.

This is a mouse that has all the features you’ll ever need from a gaming mouse and those that you’d expect to see only as extended features of the most premium, expensive models. There are the twelve side macro buttons, and even another seven across the rest of the mouse meaning you’ll never go without enough programmable macro buttons. The 3500 DPI of this mouse is enough to cover everything from high speed RTS settings to a slower, precise FPS headshot setup. There is an eight piece weight tuning set in the bottom of the mouse, each weighing 2.4 grams, giving you a bit of control over how weighty a mouse you want to use. Other features include five separate programmable memory profiles for quickly switching between setups for different games, and there are also coloured LED’s on the mouse that breathe through five colours. The cable is just under 2 meters long and the mouse will work fine on Windows, including Windows 10 and on Macs.

TeckNet are a smaller computer peripherals and accessories company that produce equipment for business and gaming with lower end price tags. But the price does not reflect the quality of the products, as items like the Raptor mouse maintain a 4.5 out of 5 star rating on Amazon, even after over 2,200 customer reviews. There are a few variations available, but the non-wireless Raptor is the best choice as a mouse with a cable is definitely better for gaming, giving quicker feedback than wireless is capable of. Especially at the lower price ends, you don’t have to worry about the quality of the wireless and whether you’ll experience any slow responsiveness. The wired Raptor mouse is also half the price of similar models that go up to 16400 DPI, which is far far too much and is just wasting money on settings you should never use. The 2000 DPI offered by the Raptor is plenty for pretty much every game, giving you the quick mobility required for RTS / MOBA games, with the option to switch down to 1600 and 600 for games that require a bit more precision like MMO’s or FPS’s.

This is an optical mouse with an ergonomic yet ambidextrous design, with 40 grams specifically added to fine tune the weight to a comfortable norm (though at 150 grams this is still not a particularly heavy mouse). There are blue LED lights and a 1.5 meter (5 feet) high quality braided cable (not common at this price) with a USB connection. As well as the two normal mouse buttons, there is a scroll wheel with a DPI fast switch button beneath it. There are also two buttons on the thumb side, if being used by a right handed person. These are always useful as give you some quick access to a bit more macro without having difficult to reach, obtrusive buttons all over the mouse (they’re also great for navigating back and forth between web pages quickly). The Raptor works fine on Windows (including 10), Mac and Linux. TeckNet offer an 18 month guarantee with every mouse. There’s no software to install with this mouse, it’s simple to plug in and and use.

Havit are a similar company to TeckNet, described above, offering a range of computer accessories and gaming peripherals. And like the Raptor mouse above, this HV mouse maintains a very positive 4.5 starts out of 5 rating on Amazon, even after nearly 300 reviews. There are a few variations available, but the HV-MS720 is the best, rounded option for the best price. The MS720 is the newest iteration of a line of HAVIT MV mice, including the popular MS672 (which nearly made it onto this list). The 720 is worth the small amount extra for the slightly better build quality, design and increased reliability. The mouse has a very slick design with subtle green “breathing” effect lighting that contours the edges of the mouse, highlighting its shape and form. The mouse is built ergonomically for right handed users.

The cord is 1.6 meters long and braided with a USB connection. There are the two regular buttons, a scroll wheel, a quick DPI switch button and two thumb buttons. The quick DPI switch button rotates through the four DPI options of 800, 1600, 2400 and 3200 DPI, which covers every eventuality you are going to realistically need in almost any game in any genre. Havit offer a full 1 year manufacturers warranty as standard with every mouse, and it works well with all versions of Windows, Mac and Linux. The Havit HV-MS720 is a good budget alternative go the G502 Proteus Core from Logitech.

You’ve probably heard of Gigabyte as they are quite a monster of a brand to appear on the budget mouse list, and at under £10, this is not something to skip over. Gigabyte are a huge company that don’t just make headsets, mice and keyboards, but also graphics cards, motherboards and complete PC’s. They’re even often seen supporting tournaments or players in certain pro teams. The Gigabyte GM-M6800 is probably most comparable and the best budget match for something like the Corsair CH Gaming mouse. It clearly doesn’t look to exaggerated like lots of gaming mice do, in the sense that it has no flashing lights, excessive decals or long list of features, meaning it’s also a great choice for use in other work or study situations.

It’s still a great choice for gaming though, as this optical mouse hits up to 1600 DPI, which is a good target level for most games, allowing quick switching between 800 and 160