Xbox One vs PS4: Which console is better 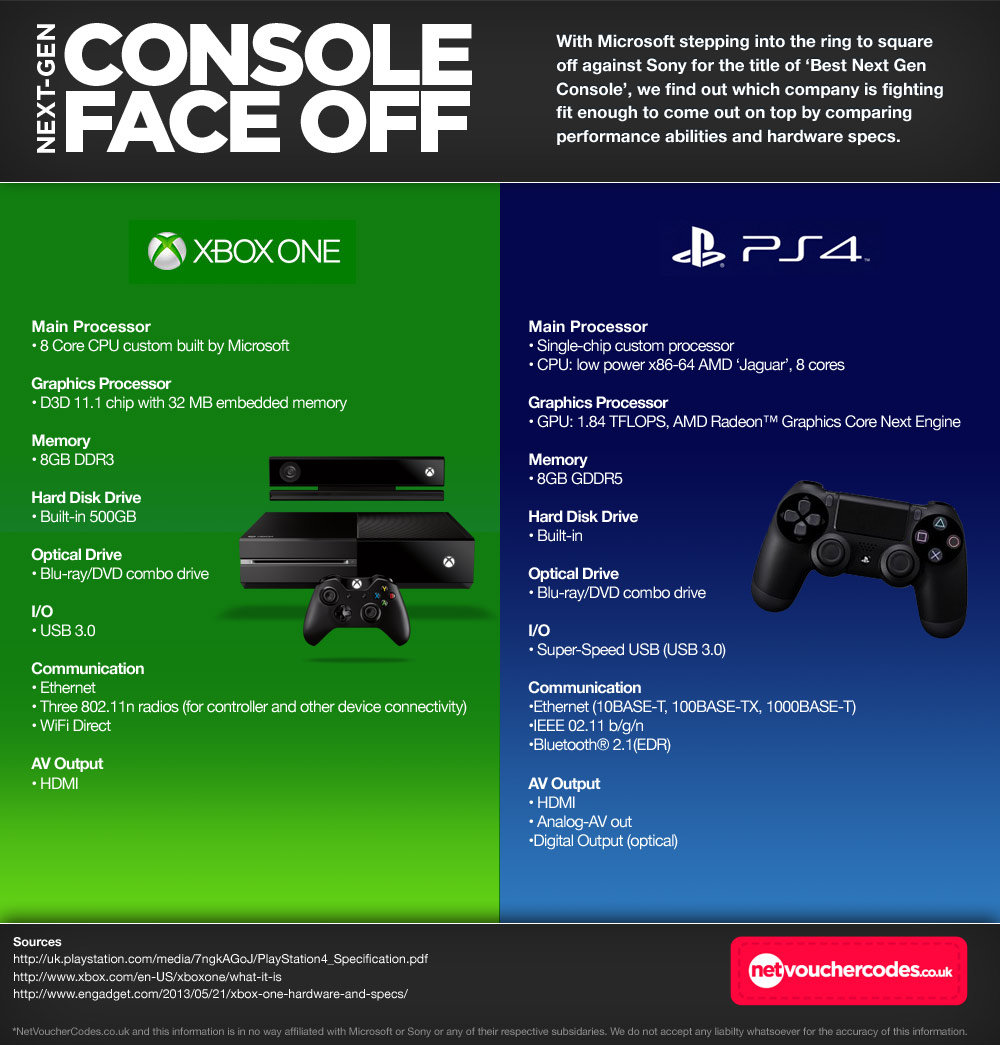 Xbox One vs PS4: Which console is better

At the first glance, the Xbox One looks like a DVR. It will surely fit in with everything else under your TV. On the other hand, the PS4 looks like a mixture of a PS2 and a VCR. It looks really unique and nice. Also, PS4 looks smaller than the Xbox One. So, I would prefer PS4 over Xbox One on the basis of design.

So, in terms of specifications the PS4 is powered by a AMD Jaguar CPU with 8 cores, 8GB GDDR5 RAM and a GPU that is very close to Radeon HD 799

So, looking at the comparison above – Both the devices are pretty much the same but as the PS4 is little bit faster – It has an edge over the Xbox One. The Xbox One costs $499 including a $100 Kinect 2.0 peripheral whereas the PlayStation 4 costs $399 and if you want motion control with it – You can buy PlayStation Eye which costs around $5