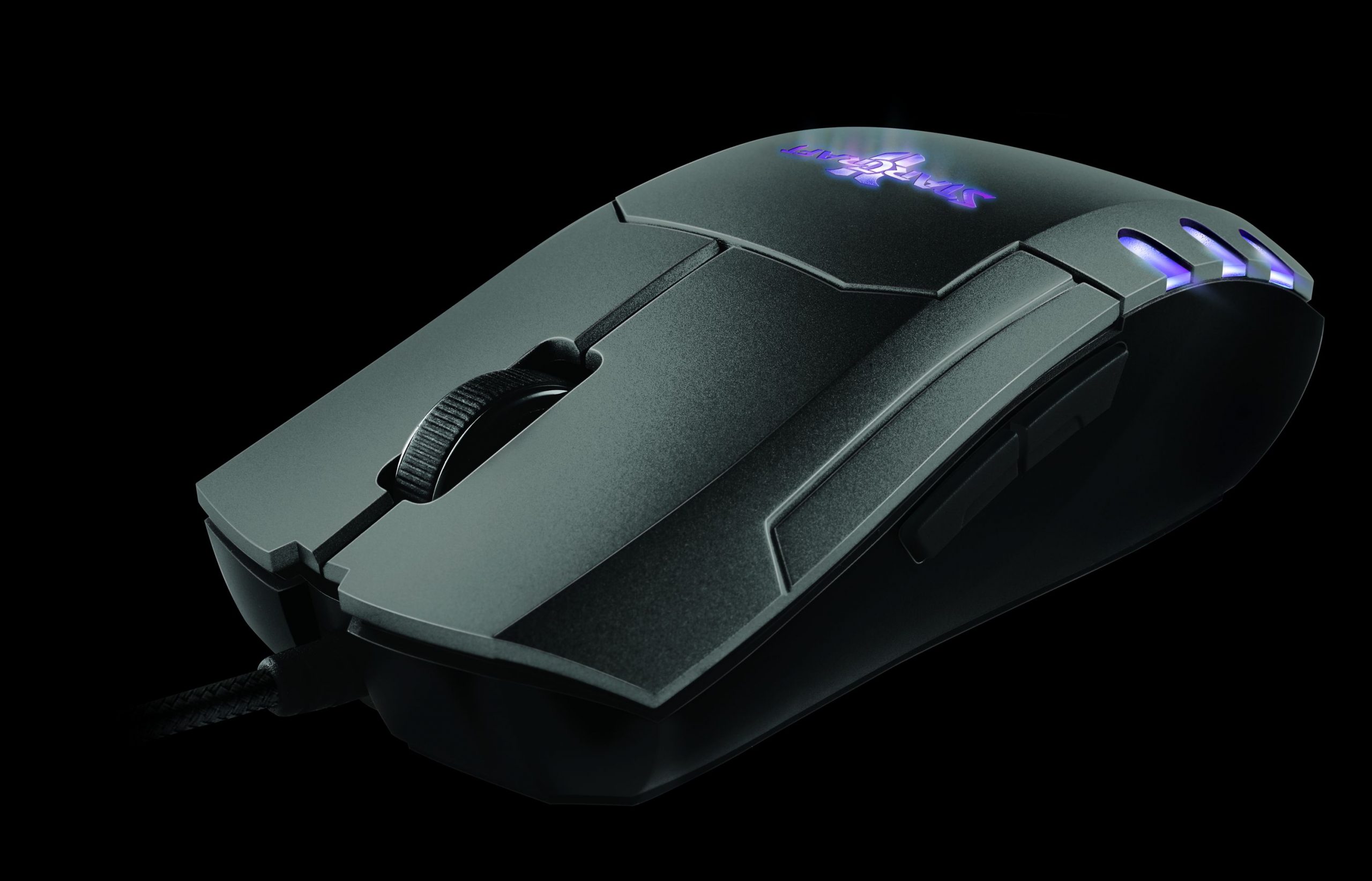 Razer Spectre Gaming Mouse Review
Average user rating:
The Spectre is a new gaming mouse from Razer made for a specific purpose – Starcraft II domination. This mouse combines the standard elements of a gaming mouse with some specific modifdications that will give you the edge in Starcract. While the mouse is just as sensitive and customizable as your average gaming mouse, it adds a crucial element that some gamers will find especially interesting – an APM lighting system. For those of you that haven’t yet been introduced, APM stands for actions per minute and is the best measure of how many commands you are issuing in the game. The beginning player makes around 40-60 actions per minute. Experienced players can go up into the high hundreds. Pros routinely get in the 250s with the rare exception getting over 30

Speed and Accuracy
In this category, the spectre is pretty standard for a gaming mouse. It features a 5600 DPI laser which is more than enough for all of your gaming needs. It also has the 1ms response that gamers have become accustomed to in higher-end gaming equipment. Of course, the sensitivity is adjustable on the fly and can be changed with the extra buttons you get.
Customization
Now the Spectre gets interesting. The left click pressure can be adjusted according to your taste. If you want an extremely sensitive click, go ahead. If you prefer a solid clock that takes some force, you can do that too. Although this is a cool new feature, the real star of the show is the APM lighting system covered earlier. You can set the Spectre to change color based on the number of actions you’re performing. You could set it to be a shade of blue when you’re slow, green when you’re starting to play and red when you’re playing like crazy. Even cooler is the downloadable app from Razer that allows actions based on in-game events. Your mouse could turn red when you get attacked.
Extra Features
Here the biggest extra is the APM system and the in-game event triggers. Another extra feature to note is the two extra buttons on the left side. These can be set to do your regular macros or change the mouse sensitivity. Pretty standard. The design of the mouse is slightly different. As you can see from the picture above, it’s slightly boxy. Some gamers prefer this to the usual Copperhead style of Razer mice.
Conclusion
If you are serious about Starcraft II and monitoring your APM, this mouse is definitely the way to go. If you play SC2 casually or once in a while along with other games this could still be a viable option, but a hardcore Stracraft II contender will see the most benefits. If Starcraft is your game, go this route. If you want a general and well-rounded mouse, I would go a different direction.
Where to Buy?
The easiest (and usually cheapest) way to get the Razer Spectre is online. Amazon is a good reseller of Razer mice. Click here to see the Razer Spectre on Amazon.